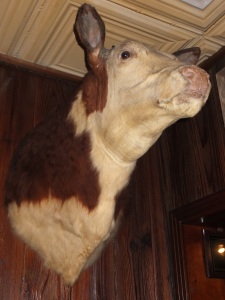 Poor ‘Champ’.  Grand Champion Steer at the Fort Worth Steer Show in 1960.  Met with rather an undignified end by being mounted on the wall at the Cattlemen’s Steak House in Fort Worth Texas!  One day a winner the next………….

The birds in question are Grackles.  Grackles are a migratory bird who leave Canada and North America during the cold and head south for a warmer sunnier winter.  Given there have been massive snow and ice storms and below freezing temperatures up north who can blame them.  Their numbers are huge and it is fascinating to see them however I can understand how their presence annoys the local folk of the towns and cities these birds inhabit as their numbers do leave quite a ‘mess’!!  These birds are also protected by a law called the ‘Migratory Bird Treaty Act’, so once in your town there is little to be done to fend them off. 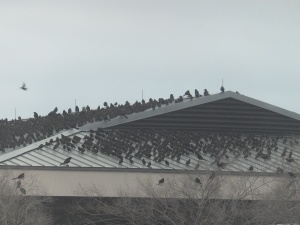 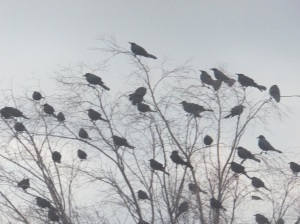 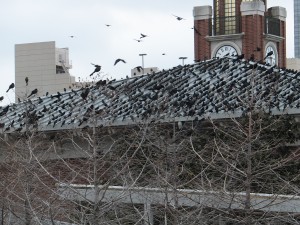 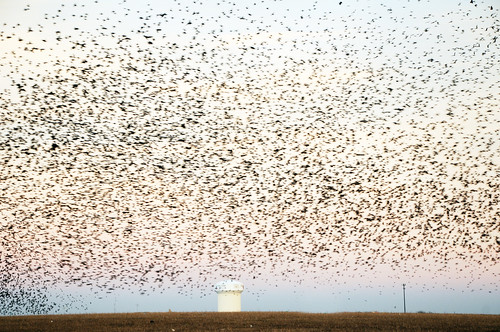