This has been a very difficult post to write.  It doesn’t require comment nor judgment and nor does this post necessitate analysis but it does ask the contemplation and quiet consideration of humility………… 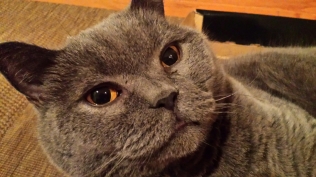 Two thirty am Japan time we received the call.  Gus had been rushed to the emergency vet and his prognosis was poor.

I have no way of understanding why this happened or what possible purpose Gus’s passing served.  The moment was of crippling agony as it was brutally raw.

Our dear, beautiful and gentle Gus.  Lost.  There is no shame in saying we both cried our hearts out.  Sorrow at the loss of Gus and despair of Zoe’s terribly suffering.  Later that morning, and after very little sleep, I wrote down seven words.  A promise.  I always keep my word and my promises and of course I will honour this to the very end regardless of any consequence.  Always keep your word and especially keep it to the dead.

We grieved for our family so cruelly and forcibly removed from our care.  We grieved for the terrible impact this very poorly executed decision created and we grieved for the incomprehensibility of it all.  Emptiness can be so final and grief can be a strange and foreboding place to find oneself especially when the impact of it pushes you to the very edge.

I still cannot believe we lost Gus.  That he did not return home and that we also very nearly lost Zoe.   It has been almost two years and I still find his fur, his beautiful soft fur on the occasional piece of clothing and I do not want to wash it for fear of washing him away forever.

After he died, I drank until my head and my body hurt but it did not stop the ache of my heart.  I did not know when being forced against our very will to surrender our beautiful companions, a move so callously ordered of us, that we would never see Gus again.  I knew both of my companions would suffer terribly during that forced separation and I very clearly stated that fact to those who were driving this.  I am not too proud to say either that I begged for both my beautiful cats and for the smallest crumb of compassion yet this was so callously dismissed.  The entire circumstance of what happened is very untidy and very dirty and be assured, when a door is slammed in your face and you hear it bolt you also know things are about to get very, very nasty. 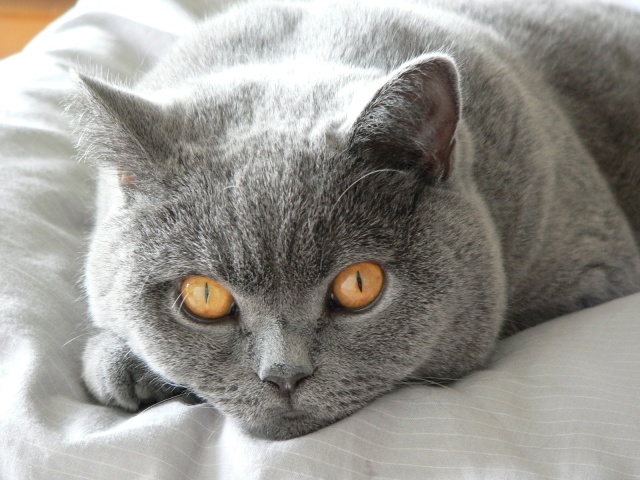 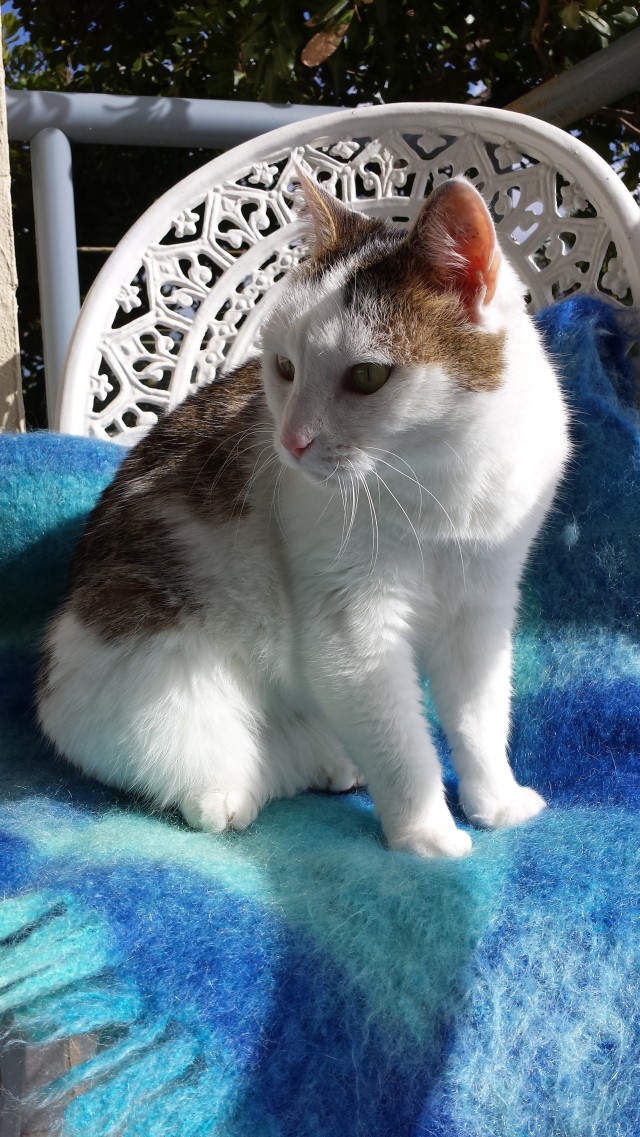 Don’t think me oversentimental nor dare consider me a poster-child for victimhood in writing this post as the nefarious process used to order our removal, the clandestine execution of the QA and RTA, the gross administrative failings exposed, the duplicity and so very much more have been difficult and deeply painful paths to tread.   For almost 24 months I very gently pulled at clusters of tiny little threads.  Though often a challenging and laborious task, these seemingly innocuous little strands unraveled to reveal a great deal and their unfurling bestowed light to the very dark underbelly of all that occurred.

During these very long months, moments of uncertainty and a terrible bitter darkness crept in but thankfully now this steaming festering pile of feculence is no longer my burden to carry.  You will finally hear the truth and you will be given the opportunity to dissect between that and the force-fed bullshit and lies you have been constantly been told.  This candour too will come from those who hold positions to rightfully and legitimately do so and that is all that matters. 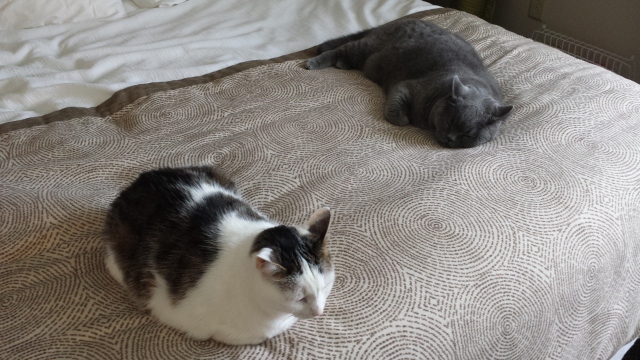 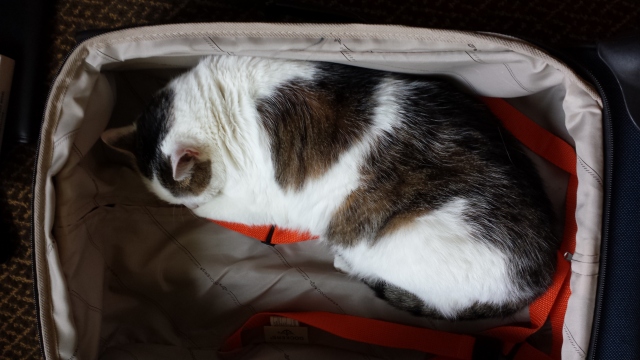 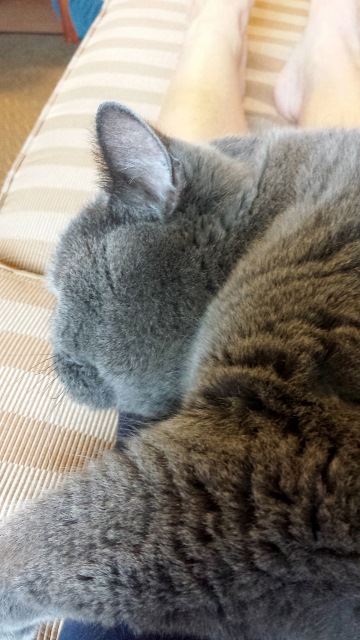 I am aware too that to be vindictive and abjectly mean is something that sets itself so deeply in some that it can never be changed.  These sorts of people need to harm and demean in order to bolster their own flailing self-esteem and because they hold such unhappiness within themselves and their lives.  I am also well aware of the little victory celebration held on the very day of our farewell with notable ‘toasts’ to our demise over large Margaritas and that the word Karma was uttered after Gus’s passing.  As deeply distressing as that all was, I accept that to endure this sort of cruelty does not deem you to respond in the same manner.  When the word Karma was stated I thought, how very vicious and heartless are some in that they have to bandy such cruelty around, but I understood that I could not hate those so sneeringly gleeful at Gus’s passing as my compassion for their displays of hate, shallow ignorance and their great senselessness needed forgiveness not retaliation.   Karma is in fact a beautiful Buddhist term which relates to fate, actions and intent.  What it simply means is that when you intentionally set a course to destroy another you then must be fully responsible and accountable for your actions.

I am also very proud of the fact we paid for all of our vet bills which ran into many thousands of dollars US and we paid to have Zoe returned home without begging for money (not that we would ever lower ourselves nor our standards to that) as some have done recently in order to have their pets returned to Australia.  Even though the organisation and its actions contributed to these massive accounts, to the death of Gus and to the suffering of Zoe they have stated they will not be responsible financially or otherwise.  Please note:  I am able to state this as it is a fact.  It is the truth. It is the actuality of what was stated by the Australian Defence Force.

I believe however, the most difficult of all to contend with during this entire time has been the breach of trust.  A trust placed in the ADF that they would uphold and follow all of the correct procedures and processes required for a QA and RTA, that the exercise be an ethically and lawfully managed action, that there would be transparency and accountability and that morally, no personal agendas would influence an outcome.  When this sort of betrayal is perpetrated it robs you of your innocence, your faith and it robs you of all hope.  It requires of you to re-evaluate all that you have believed in and it allows you to see how truly cruel and how truly deceitful humans, especially those in positions ‘power’ and organisations can be.  The entire process just seems now to come across as, I don’t know, almost schizophrenic in its implementation!

Despite all that has occurred, I very much intend to live my life with kindness, empathy and humanity for these values hold the greatest space in my heart.  And this is regardless how much the organisation, its hierarchy and the ‘very objectionable pussy posse’ (last four words copyrighted for an essay to be published) who the organisation recruited to do their very dirty work, tried to strip me of my very being.  The sadness of this terrible mess has been catastrophic but I will not allow myself or my life to be a reflection of those who so brutally drove, encouraged and supported this.  Perhaps though, you cannot get to somewhere good unless you have come from a deeply troubled and difficult place.  When you endure arduous times only then can you truly appreciate wonder and the good which comes from it.

There have been times where I have felt completely powerless.  Defeated by masterful stonewalling, evasion and lies but at no time did I give up.  I will never not raise my voice to injustice and wrongdoing for when you are silent, when you become a bystander or when you become a fence sitter you do nothing more than encourage persecution and I for one will never cower to injustice, to hatred, to hate speech or to oppression and I will certainly not cow down to the Australian Defence Force.  We are all truly capable of accomplishing the most extraordinary things when we are pushed to our very limit, so I most graciously acknowledge those involved in this heinous onslaught for pushing me to a point which has made me the strongest and most formidable person you are ever going to encounter.

Hate, defeat and despair are all part of the human existence just as love and kindness and compassion are and I know which I would rather have in my life.  Don’t ever allow anyone, no matter who they are nor how powerful they believe themselves or their organisation to be to rob you of your dignity, your spirit and your ultimate humanity.  No one has that right. No one!

You can either sit around feeling sorry for yourself or you can get up and do something about it.  We all have and will have to face terrible moments in our lives.  That is the very simple privilege of our human existence but it is how we choose to deal with them and those who have perpetrated these acts that ultimately counts.  Be the one to challenge when you know something is very very wrong, champion change, be inspiring and be the one to stand up and say ‘Not on my fucking watch you don’t!’  The choice is ultimately yours.

Stay graceful in your darkest of moments and do not let your grief become indulgent.  It will linger long after an event so do something constructive and good with the agony it brings.  Pain may surround you but you can transform its discomfort to become something powerful and very positive.   Hateful barriers and those who build them are meant to be knocked down so do not ever, ever give up. 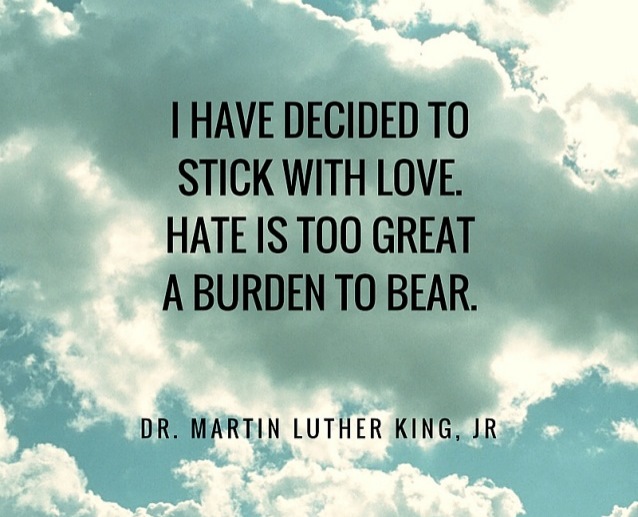