There is a joke here in the South.  ‘Do you know what the difference is between a tornado and a divorce in the South?  Nothing, because either way someone is about to lose a trailer!’

I am making light of our current situation as we are on tornado watch again.  It’s odd as it is winter and an artic blast has hit most states north of us dumping vast amounts of snow (7 feet in some places), ice and sleet with further snow storms expected.  Last night the wind bullied our house tirelessly and the night sky was alive with spectacular flashes of lightening from severe thunderstorms (super-cells) which raged from late afternoon through until about 9pm.

We were driving back from South Carolina when the first storm front hit and then we got caught up in the tail end of a tornado.  Now happily, (and this is probably because we came out unscathed) but I am looking at our experience in a favorable light.  I’m guess I’m a glass half full kind of gal today because this was, if nothing, an experience.

The roar and power of the wind, the spirals, the sky, the lightening – the bolts of which also ran along power lines, and the blinding heavy rain.  Having said that, it was also quite frightening at times especially when in a car (which suddenly seemed incredibly small) on the interstate. 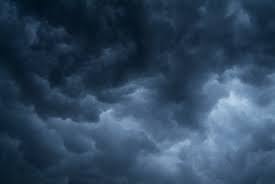 The blanketed sky.  Dark, eerie with very low rushing cloud.  I have never ever seen a sky like this before.

Tornadoes form in unusually violent thunderstorms.  It is the uncommon mix of warm moist air from the Gulf of Mexico and cold dry air from Canada which produces these super cells.  It is indeed a heady mix and one which can be completely and utterly devastating.  According to statistics, it is estimated there are over 1,000 tornadoes in the United States each year although it is thought many more are not reported or even recorded.

Luckily, the tornado predicted for our area did not ‘touch down’ but the violence of the storm did show itself.  Many trees in our community have been almost stripped of their foliage, trees uproot, trees split completely in two or the centers of trees ‘twisted’ out as the winds reached over 70 miles an hour. Windows were blown out, power was lost and trailers in an adjoining suburb were damaged.

I guess on a more positive note the pecan trees were rattled to their core.  The wind guaranteed these lovely trees, although somewhat unwilling, gave up their bounty of nuts.  Pecans, fresh straight from the tree, are sweet and creamy.  The shells are easily crushed under foot-fall so a walk around our estate (which is littered with these lovely morsels at present) can turn into a bit of a feast.  Unfortunately these are all that remain of the pecans from our trees as I think the rest have probably been blown over into the next county.

We are due for colder weather soon and although Georgia boasts a milder climate I am still hoping for a little snow again.  Despite all that I have seen and experienced the simple wonder of the first snow will always be beautiful…….that is unless of course, your roof has collapsed under the weight of seven feet of it xx

Footnote:  A trailer is a pre-fabricated ‘mobile’ or static home usually rectangular in shape and generally found in trailer parks.

Note added Wednesday 26th:  3 confirmed tornadoes for our area during Sunday’s storms with one tornado being 6 miles wide which travelled just over 20 miles.  No fatalities.