Heading to Port Arthur is always with mixed emotion.  I love the incredibly rich history so dark and sinister, the ghost stories, the gardens and those beautiful decaying ruins of crumbling stone yet it is a place which holds fast to unimaginable hardship and suffering. 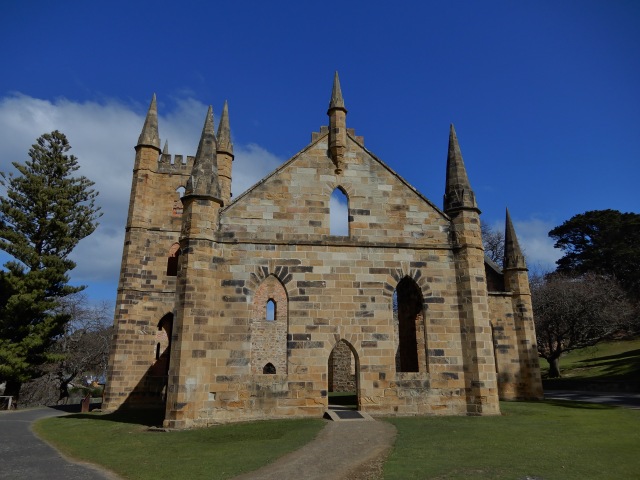 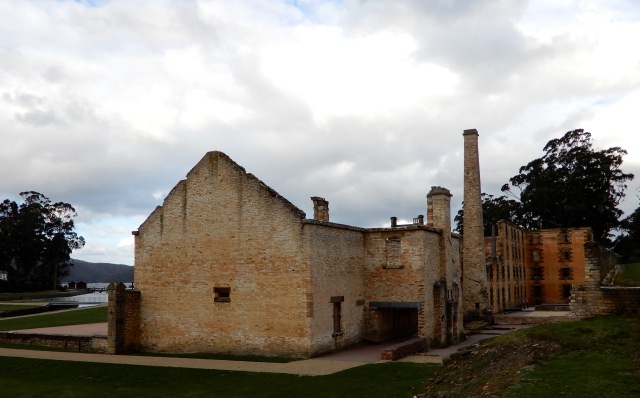 To walk through the grounds is a humbling experience for this is a terribly human place, the foundations of which bare witness to grief, sadness and a brokenness of spirit made even more so by the terrible events of 1996.

Formerly the Broad Arrow Café, this area is now a memorial site with gardens and a peace pool.

April 1996.  A lone gunman entered the grounds and murdered 35 people and wounded another 25.  Known as the Port Arthur Massacre, this horrific mass shooting, the worst in Australia’s modern history, led to fundamental changes of our gun laws and altered Australia’s innocence forever.

I am unsure of the oppressive curses Port Arthur labours under but for all its death and suffering, it is a mortal place to be.

The lovely gardens of Port Arthur are true to their era and the orchards, old homes and vegetable patches are tranquil places for reflection. 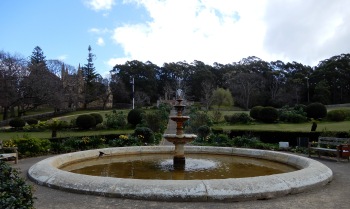 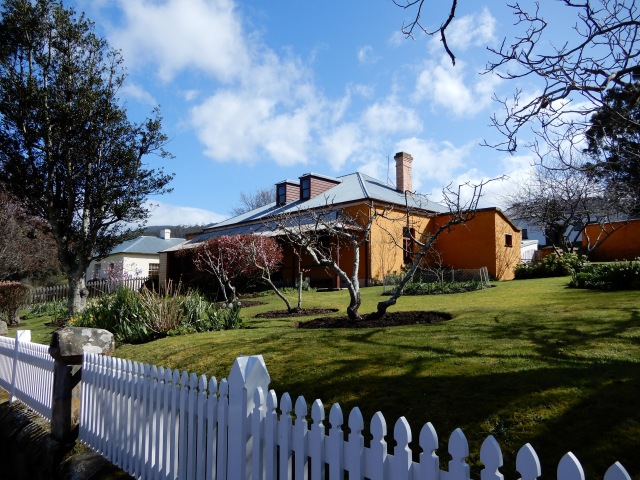 Accessible only by boat, The Isle of the Dead is a tiny island cemetery adjacent to Port Arthur.  The site holds 1,646 recorded graves of those buried between 1833 and 1877 although it is estimated 2,000 plus lost souls are interned there.

There are two separate burial sections on the isle.  One for convicts, most laid to rest in unmarked graves, while on the higher point of the island are the graves of officials, military and civilian officers and women and children. 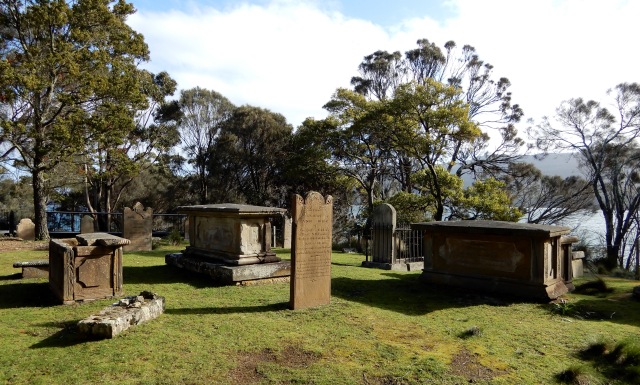 Since I last visited, a walk-way has been erected on the island so as not to ‘walk’ upon the resting souls……… 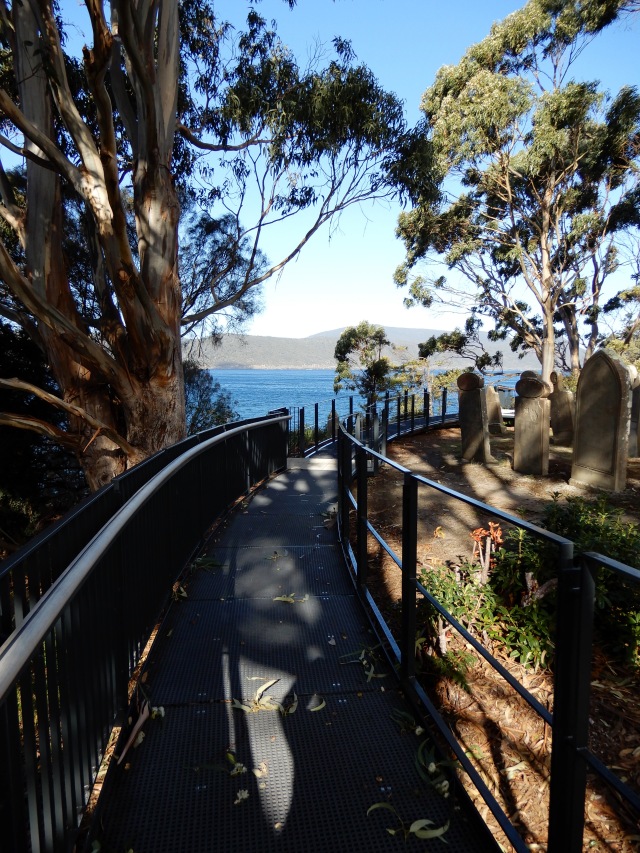 In the early 70’s, my grandparents took a trip to Tasmania.  They were on a coach tour of the entire island and part of their tour included a day trip to Port Arthur.   When they returned they bought back some really great photographs of their trip – I didn’t even know they owned a camera.  They also returned with lovely gifts which included a  necklace made from strands of apple seed, a silver apple charm and a tee-shirt which I wore to death the print of which read ‘I came back from the Isle of the Dead’.  I remember I missed them being away and they sent me post-cards which I still have but I wish I still had my old tee as they no longer print these for sale in the Port Arthur gift shop.

The Isle of the Dead is a deeply moving site and guided walking tours can be taken of this diminutive islet.  Without question do a tour as the guides are extremely knowledgeable and the stories they share are captivating.  I highly recommend you pay the small extra with your ticketed price for entry to Port Arthur and head over. 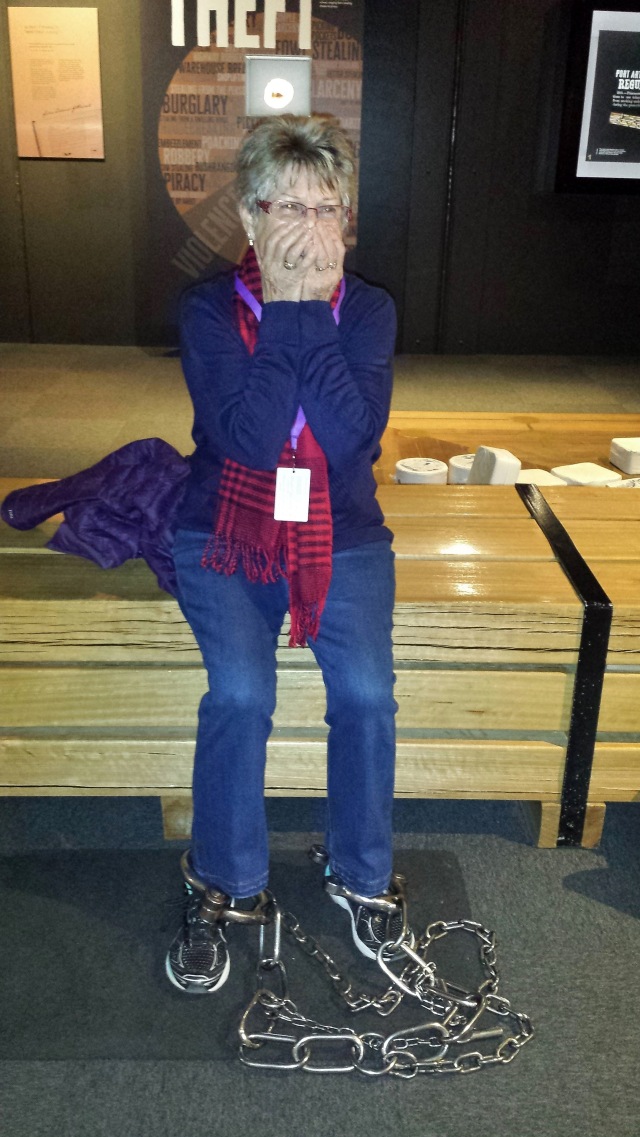 Of course I would put my own mother in leg irons for a photo…….

Port Arthur is profoundly beautiful but sometimes, that beauty can be very ugly………..